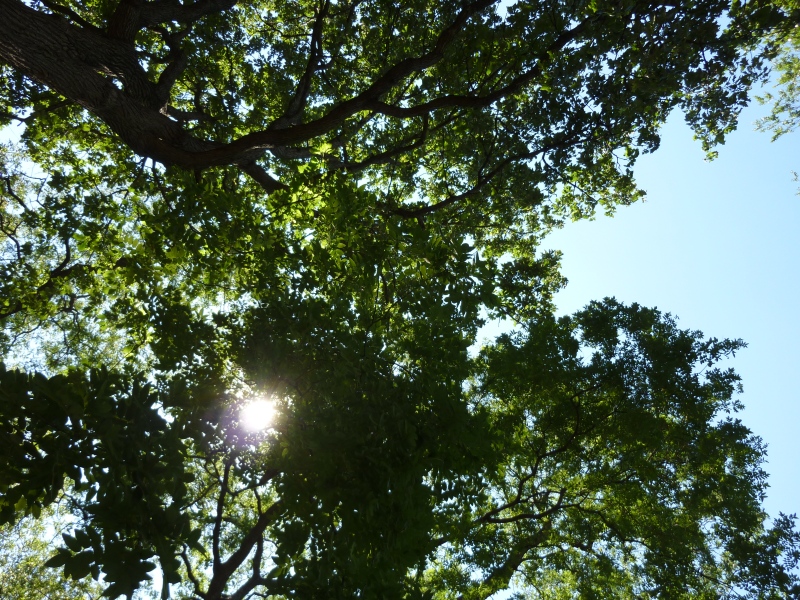 I took this last summer in Madison Square Park while visiting a friend in New York City. Funny story: spent the weekend, chatted with her roommate… a month later learned, just shortly after my subletting friend did, that said roommate was the child star who played Matilda. As a child of the 90s, I can tell you that this was mind-blowing.

I recently watched the film, The Brothers Bloom, it’s quirky and sort of great. I also really loved the few popular songs selected for it. Soundtracks are without a doubt my favourite place to find new music. Music Supervisors do most of the hard work finding gems for musicphiles. The non-score pieces of this film included the great Cat Stevens (or rather, Yusuf Islam) song Miles from Nowhere.

There’s a line in the song that goes “Miles from nowhere/ Not a soul in sight/ Oh yeah, but it’s alright.” In New York City, you might have to try pretty hard to find somewhere without a soul in sight, but… looking up in this park… I kinda managed it, don’t you think?

Too cheesy? I know, but I can’t stop listening to the song so roll with me on this one and enjoy some 1970 Cat Stevens…

Miles from Nowhere by Cat Stevens