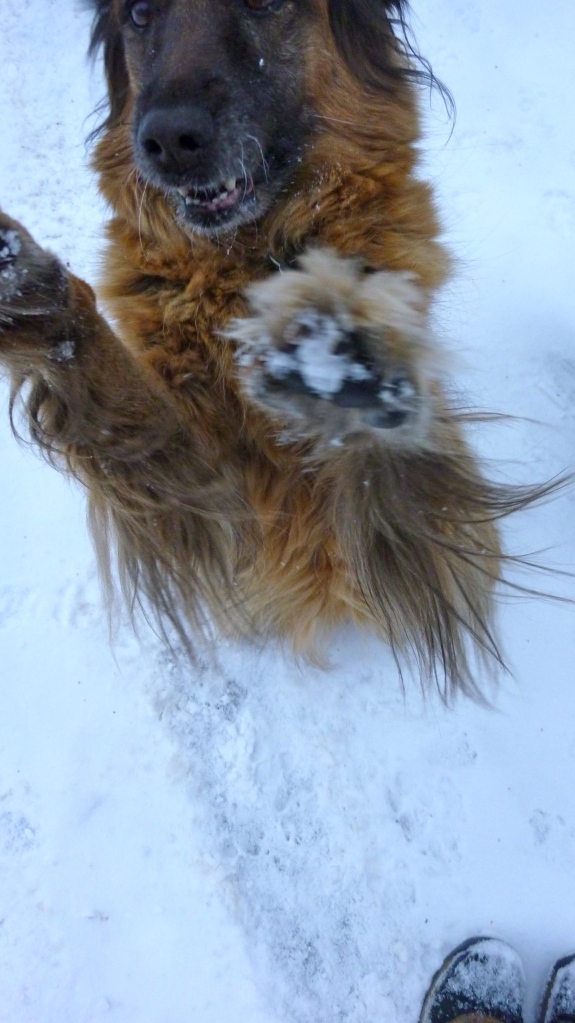 February 14th is special for another reason however, it’s the birthday of the little monster above, Wattie. It was nearly eleven years ago now that we found a ten-month old her on Wattie Road. She’s the best pup in the world.

I adored this song from first listen. The last time I remember being immediately excited about a new song or band was the first time I heard Mumford and Sons. Which suits, as this band, Of Monsters and Men, are often referred to Iceland’s version of them.

“Little Talks” by Of Monsters and Men