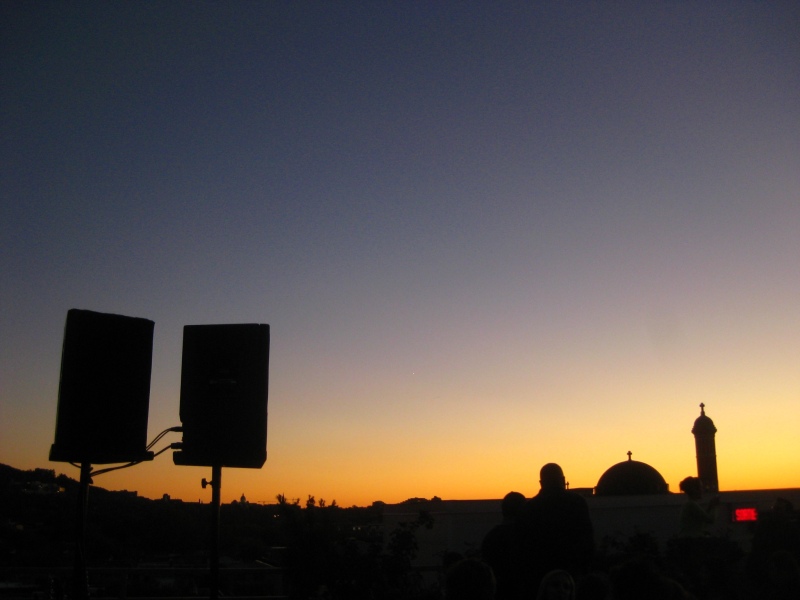 View from the Ubisoft rooftop terrace in Montreal

Pop Montreal has come and gone in a flash. This year’s line-up was particularly strong and the festival was made all the better by gorgeous, unseasonably warm weather.  As is often the case at Pop, deciding which concert to see when there are so many amazing acts playing at the same time proved to be especially challenging.

But there was one show in particular that I knew, hands-down, I would not miss: the Stockholm-Montreal art-folk duo Thus:Owls playing with an amazing backing band on the rooftop of Ubisoft in Mile End.

The band took the stage as the sun began to set. The moody, ethereal tones of the Fender Rhodes piano took us away from the bustling city below and the small Cessnas and helicopters flying overhead. As singer Erika Angell’s voice went from quiet and shivery to soaring and powerful, the lights from the lookout on the mountain twinkled behind her, and I almost forgot where I was. Then the warm smell of St Viateur bagels wafted over the rooftop, bringing me back to the moment – a sensory reminder that I was still in Montreal.