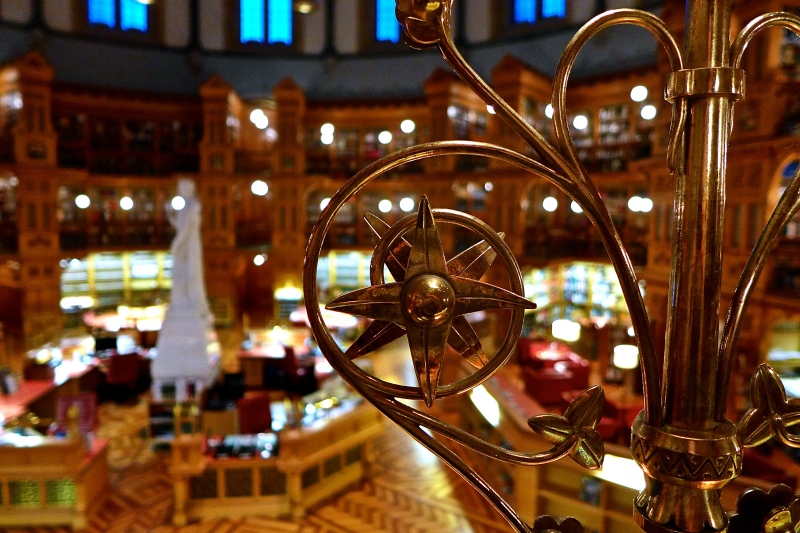 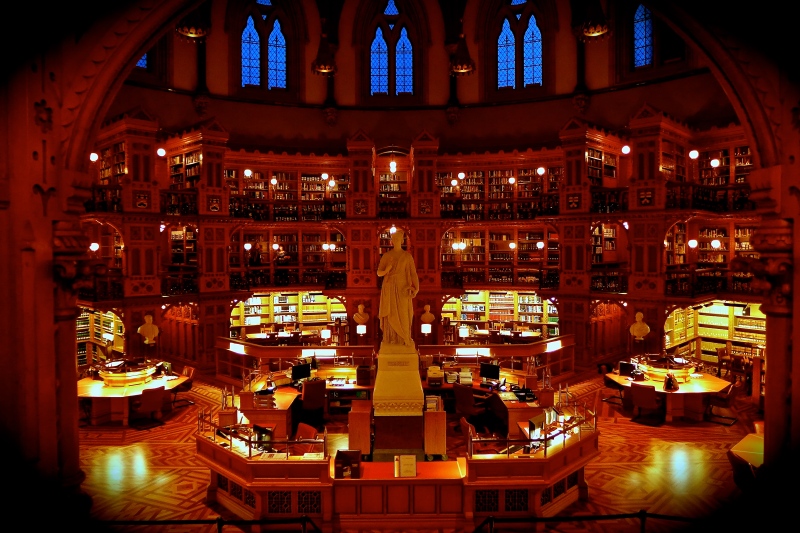 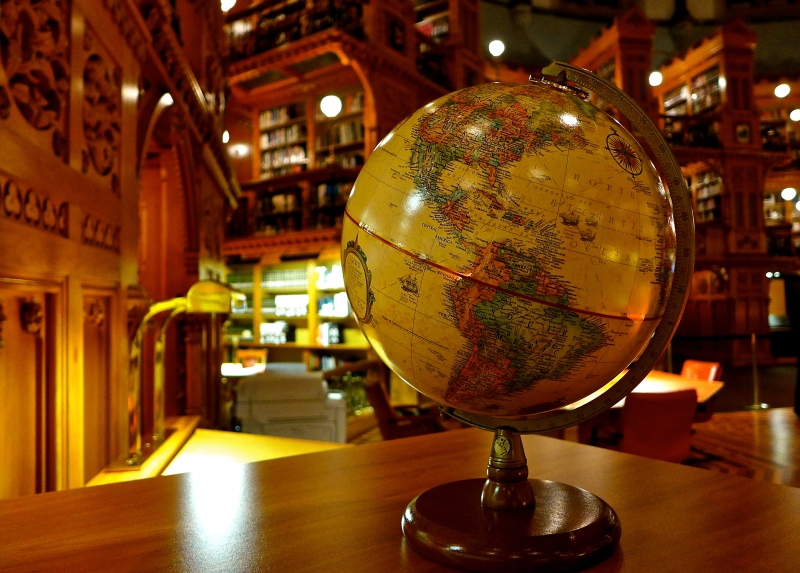 Two weeks ago I was invited on an after-hours tour of Canada’s Library of Parliament in Ottawa, Ontario. Built between 1859 and 1876, the Library is the only original remaining part of the Centre Block of Parliament – the rest burned down in a fire in 1916. The Library was saved thanks to a fast-thinking clerk and a pair of steel doors.

I only visited the Library of Parliament once before, on a Girl Guide field trip to Ottawa when I was 10 years old. I was awed by its Victorian High Gothic beauty; it reminded me of the Beast’s library in Disney’s 1991 animated film Beauty and the Beast. I remember fighting the urge to stretch my arms out and twirl in the centre of the room, beneath the white marble Queen Victoria statue, and belt out “I want adventure in the great wide somewhere!”

Two decades later, I found myself back in the same exquisite space, taking in the three-tiered cupola above me. But this time, rather than standing with a pack of rambunctious Girl Guides, I was standing amongst my fellow librarians, admiring the view from a completely new vantage point.

Exactly one week after my Library of Parliament tour, a gunman ran in to the Centre Block of Parliament, through the Hall of Honour, towards the Library. A gunfight ensued and the gunman was killed. The doors to the Library are motion-sensitive; they open when someone is approaching from either side. Consequently, the doors were open during the gunfire, with librarians and tourists hiding behind the large wood desk in the centre of the room, which is now marked with bullet holes.

It is my hope that despite what happened last week, the Library of Parliament remains just as accessible to the public as it has always been. During our tour, our guide (a librarian) talked happily about the constant flow of tourists and parliamentarians in the Library, and described the atmosphere as lively and dynamic.

As a 10 year old, the Library inspired me. Visiting that gorgeous space was a defining moment in my life and was one reason why I decided to become a librarian. Our guide told us that despite having worked in the Library for nearly four decades, he has never lost sight of its beauty; he has never grown blasé to his surroundings. I hope the space remains as open as ever, inspiring a new generation of future librarians.

In the spirit of being hopeful, today’s track is by Canadian singer-songwriter Frazey Ford, who some of you may know as the founding member of the Vancouver-based folk music group The Be Good Tanyas. This uplifting track is from Frazey’s new solo album.